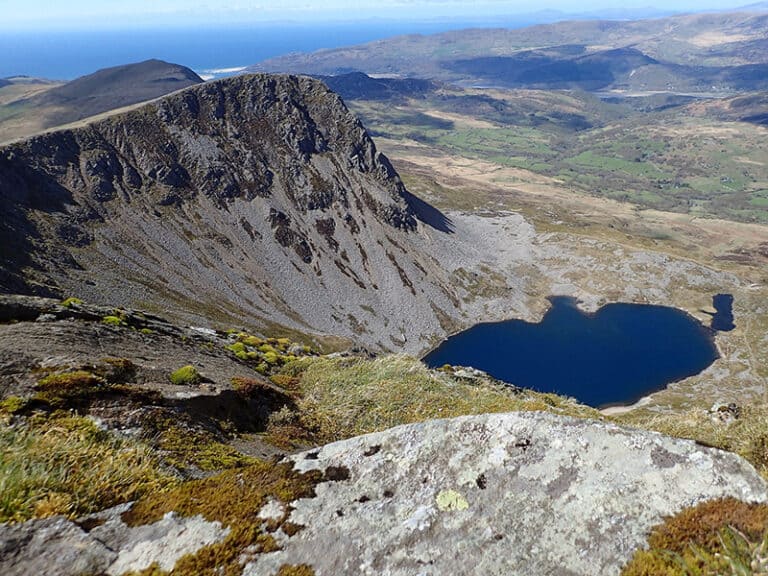 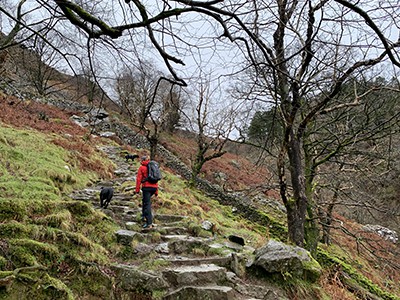 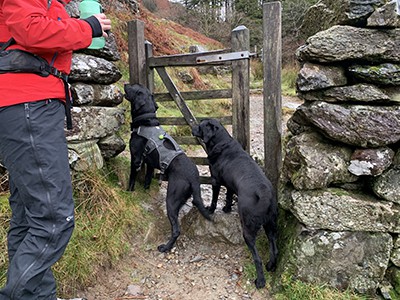 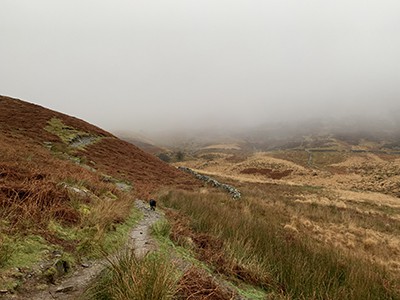 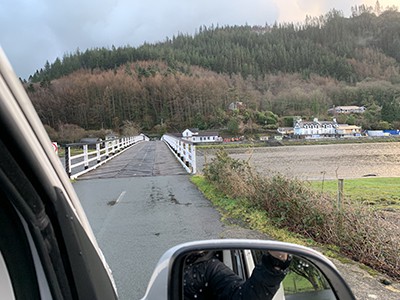 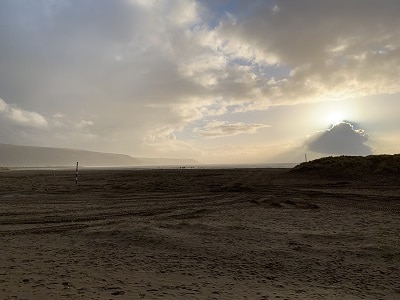 If you ask most people about a mountain they want to climb in Wales, they will say Snowdon.  It’s the highest (1,085 mts), it’s got a cafe at the top and a railway to take you up and down if you don’t fancy the walk.  However, because everyone knows about it, on most days in the summer you will see more people walking up the same path as you than in your local high street! So why not try Cadair Idris (893 mts) in the south of Snowdonia, which has a similar beautiful horseshoe shape, so can be walked in a circular loop, has stunning views and no railway or cafe so there won’t be quite as many people following you up.

Cadair Idris means Giant’s Chair and legend has that the giant used the mountain as an armchair from which he sits to watch the stars.  You can see from the shape of the mountain where the legend came from, however, the giant would clearly get a wet bum from the lake at the bottom!

When did you go

We decided to walk Cadair in late January, so you won’t be surprised to hear it was cold, wet, and windy.  If you’re not an experienced walker, I would leave this mountain until later in the year when the weather is better and the views can be enjoyed from the top.

The gentler route approaches the mountain from the north starting from Ty-nant and follows the Pony Path onto the ridge looking down onto the lakes of Llyn y Gadair and Llyn Cau on either side.  There is a little hut at the top to shelter from the weather, however, it’s cold and damp inside, so is best enjoyed if it’s blowing a hooley on the top.

For the more adventurous, you can climb the mountain from the south side up the Minffordd path.  There is a pay and display car park in Minffordd at the foot of the path, however, the climb is steep almost from leaving the car park.  There is a well-made path with stone steps all the way up to the lake, then it becomes more of a gentle scramble along the ridge until you reach the top.

How to get there

We drove over to Wales on a busy Friday evening, so the traffic along the M1 & M6 was a little slow, but by the time we had reached the M54 and A5, most people had made their way home so we bumbled along at a steady 60/70mph until we reached the A458 to Mallwyd.  We then took the A470 to Dolgellau and the road started to get twisty, the mountains started to increase in height and the views were stunning.

Places to stay on the way

There are several campsites on either side of Cadair Idris, however, they are a little basic which would be great in the summer, but a little cold for our January excursion, so we chose to stay at Tan-Y-Fron campsite in Dolgellau, which is the closest town to the mountain.  You could drive a little further towards the coast along the A496 to Barmouth.  There are campsites just outside the town and the long sandy beach is the perfect place to take a stroll along the Welsh coastline with rolling cliffs as far as the eye can see.

The Penmaenpool bridge over the river is a lovely little wooden bridge and the charges a toll of £1/campervans, but be careful not to get the man in the booth talking, or you will be there for some time!

The facilities at Tan-Y-Fron Campsite in Dolgellau are a little too structured for my taste, however, there are nice views of the hills, hard standing to park on, electric hook-ups, and clean showers in a heated toilet block, which was just what we needed after a wet day in the hills.

Recommendation of what to see/do when you are there

The walk into town only takes 5 minutes, and Dolgellau has several lovely pubs and a couple of nice restaurants, but probably worth booking ahead if you want to be guaranteed a place to eat.